View source
watch 01:40
The Sandman Will Keep You Awake - The Loop
Do you like this video?
Play Sound

This page is about the first spin-off of Power. If you're looking for the character nicknamed "Ghost", see James St. Patrick. 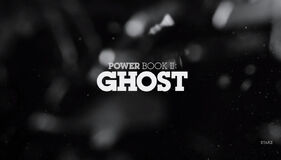 Power Book II: Ghost is a spin-off of the American crime drama, Power. It was created and executive produced by Courtney A. Kemp and Curtis "50 Cent" Jackson. The spin-off premiered on September 6, 2020.

“Power Book II: Ghost" picks up shortly after the earth-shattering events of “Power” as Tariq St. Patrick (Michael Rainey, Jr.) grapples with a new world order: his father James "Ghost" St. Patrick is dead, and his mother, Tasha (Naturi Naughton), is facing charges for his murder -- even though Tariq pulled the trigger. To earn his inheritance, Tariq has to navigate the rigors of an elite university doing twice the work -- his and that of a nigh-profile member of the school's basketball team. Truly on his own for the first time in his life, Tariq is forced to split his time between school and hustling to pay for Davis MacLean (Cliff “Method Man” Smith), the fame-hungry defense lawyer who is Tasha’s only hope of getting out of jail and escaping prosecution by newly minted U.S. Attorney Cooper Saxe (Shane Johnson). With no better options, Tariq turns to the familiar drug game, entangling himself with a cutthroat family headed by Monet Stewart Tejada (Mary J. Blige). As Tariq tries to balance his drug operation with his grades, love life, and family, he figures out that the only way to avoid the same fate his father met is to become him — only better. 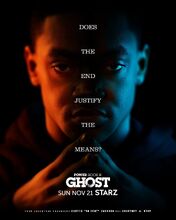